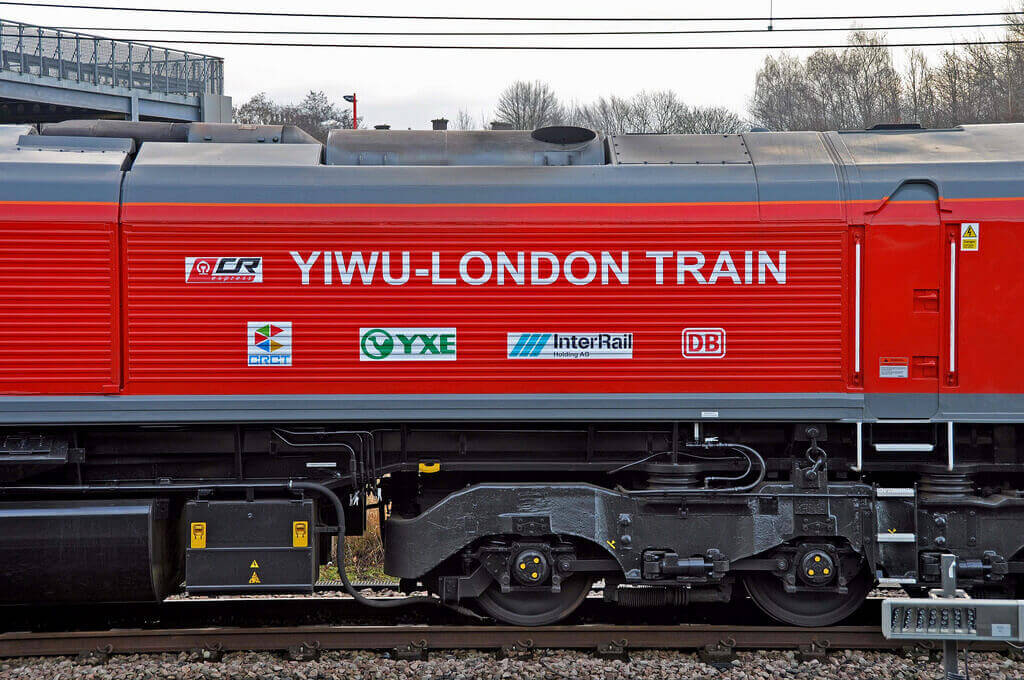 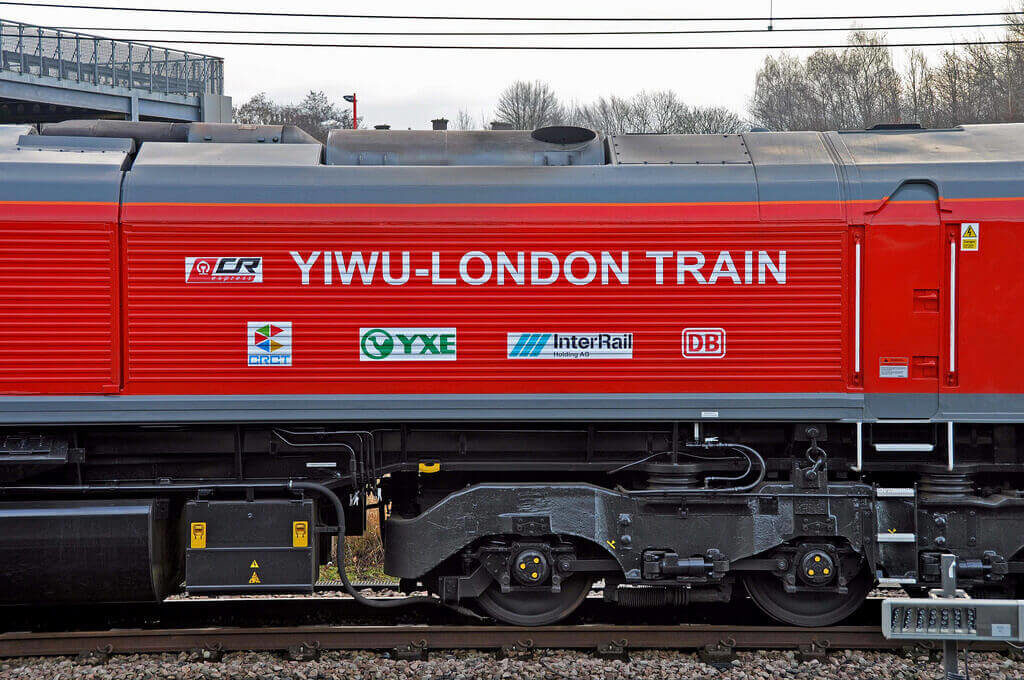 The Yiwu – London Railway Line is a freight railway route from Yiwu, China, to London, United Kingdom, covering a distance of roughly 12,000 km (7,456 miles). This makes it the longest railway freight route in the world. It is one of several long distance freight railway routes from China to Europe on the “New Eurasian Land Bridge” and part of establishing a modern-day Silk Road. The route was opened on the 1st of January 2017, making London the 15th European city to have a railway route connection with China, and takes 18 days to complete (other European cities with China-Europe railway routes include Hamburg, Madrid, Rotterdam, Warsaw, etc.). According to information, the Sino-Europe train from Yiwu to London departing from Yiwu after those to five central Asian countries, Madrid, Teheran, Russia, Afghanistan, Belarus, and Riga opened in succession.

Despite the need to go through Bogie exchange, the trip takes only 18 days to complete. In comparison, it takes a large cargo vessel about 30–45 days of sailing to get from East Asia to Northern Europe.

The aim of Yiwu- London train

The Yiwu – London railway project is part of Chinese president Xi Jinping’s “One Belt, One Road” policy, which attempts to strengthen the country’s trade connections and revive the Silk Road of the past. The goods it carried were mostly the commodities from Yiwu market, including general merchandise, apparel, fabrics, and luggage & bags, with a total weight of about 700 tons. So it makes the import and export from Yiwu to London and London to Yiwu more easier.

From Yiwu, a trading center 300 km south of Shanghai, the track passes through 9 countries: China, Kazakhstan, Russia, Belarus, Poland, Germany, Belgium, France, UK. In order to get to the UK the route passes through the Channel Tunnel between France and the UK. The London end of the line is located at the DB Eurohub in Barking, East London. 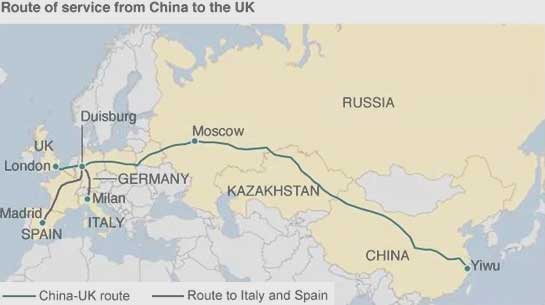 By the end of Dec., 2017, there had been more than 100 (Yiwu) Sino-Europe trains arriving at and departing from Yiwu, and Yiwu Customs had ac-cumulatively supervised 9,990 TEUs of international through railway transport containers, with a year-on-year growth of 91%.

yiwuYiwu - LondonYiwu marketyiwu to europe railwayYiwu to London
Previous Why Yiwu Jewelry achieved the leading Position in the World
Next How to import products from Yiwu China?