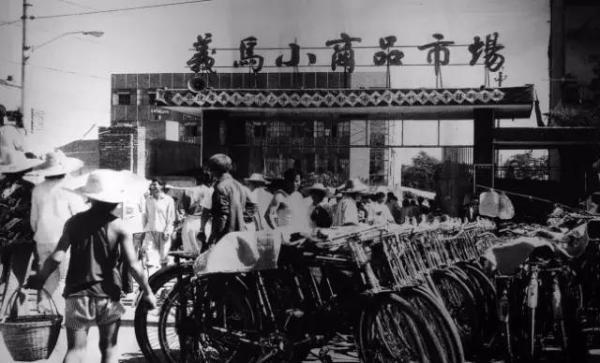 At the end of 1984, the second-generation small commodity market in Yiwu opened.

· In the late 1970s, Yiwu farmers, who had a long tradition of doing business, took a stand at the towns of the county towns and the towns of Yisan Sanli to form a spontaneous market. The commodity market began to take shape.

· In November 1980, the Yiwu County Administration for Industry and Commerce attempted to issue more than 7,000 copies of the “Hybrids for sugar crackers in exchange for a temporary license for chicken fat,” and thereafter issued more than 5,000 copies. A total of more than 10,000 temporary permits have accelerated the development of spontaneous markets.

On August 25, 1982, Yiwu County’s “Consolidated Market Leading Group for Thick Towns” issued the “Circular on Strengthening the Management of Yiwu Small Department Store Market” and announced that it would formally open the “commodity market” on September 5 of that year. This is the first government document in China that clearly acknowledges the legalization of farmers’ traders and professional markets. 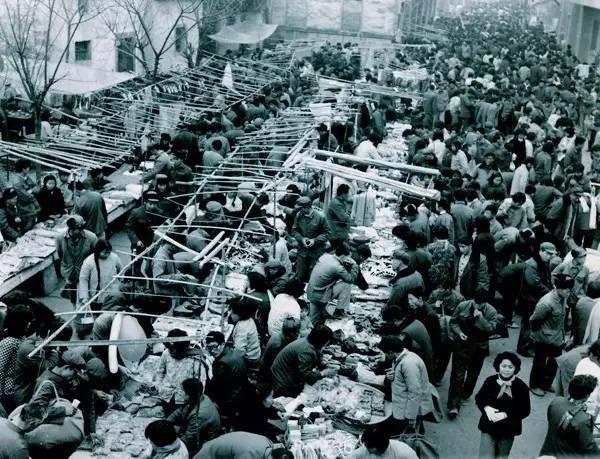 · In October 1984, the Yiwu County Party Committee and County Government put forward the strategy of “building a business to build a county”. Since then, it has successively put forward a series of development strategies such as “promoting business with business”, “using agriculture to promote agriculture”, “using commercial economy”, and “using business to enrich people”. 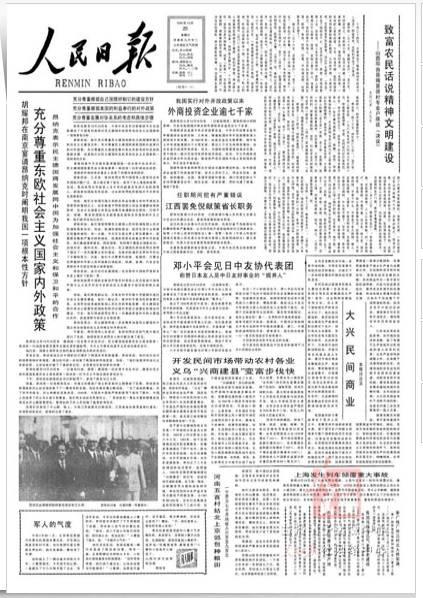 · On October 28th, 1986, the People’s Daily News reported for the first time on the front page its market experience in Yiwu. “Developing non-governmental markets to promote rural industries – Yiwu’s “building business and building counties” is getting richer” The commentator’s article “Daxing Folk Business” was distributed.
On May 25, 1988, approved by the State Council, the Ministry of Civil Affairs approved the Zhejiang Provincial Government and agreed to cancel Yiwu County and establish Yiwu City.

· On October 20, 1988, the State Council and the Central Military Commission approved the establishment of a Yiwu military-civilian airport. On April 1, 1991, civil aviation Yiwu Airport held its first voyage ceremony.

• On June 22, 1991, the Zhejiang Provincial Government approved Yiwu to carry out a trial reform of the state-owned land use system for the entire province. Yiwu was the first city in Zhejiang to implement the system of paid use of state-owned land, and all operational land uses public bidding, auction, and hanging.

· In early 1992, the Urumqi sub-market, the first submarket of the Yiwu small commodity market, was formally opened.

· On August 3, 1992, Yiwu Small Commodity Market officially changed its name to “Zhejiang Yiwu City China Commodity City” after the approval of the State Administration for Industry and Commerce.

In 1993, the Yiwu Municipal Party Committee and the Municipal Government proposed to implement the strategy of “communing with businesses to promote cooperation between industry and trade and industry” so that Yiwu could form a unique path for joint development of the business industry and industry.

• On April 25, 1995, Korean merchant Kim Il Sung obtained a crafts booth with the help of the Yiwu Property Rights Exchange and became the first foreign businessman to enter the Commodity City.

· In July 1995, the National Economic Reform Commission approved Yiwu City as the only pilot county (city) in Zhejiang Province for comprehensive reform.

· In July 1999, Yiwu Branch of Hangzhou University and Yiwu College of Commerce and Training were merged and reconstructed to establish Yiwu Industrial and Commercial College. It became the first full-time institution of higher learning that was invested by the county (city) level government and included in the national unified enrollment plan. .

On May 9, 2002, China Commodity City (Group) Co., Ltd. was listed on the Shanghai Stock Exchange with stock code 600415, which is the first listed company in Yiwu. 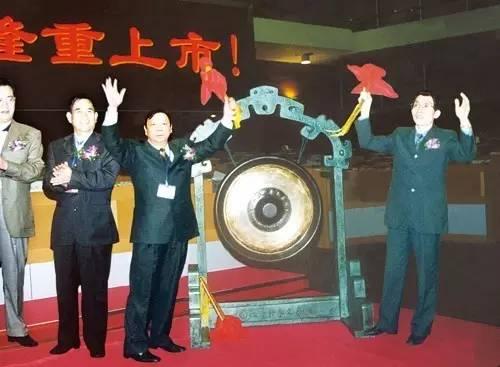 · In August 2005, Yiwu China Commodity City was recognized by the United Nations, the World Bank, and other authoritative organizations as “the world’s largest small commodity wholesale market.”

· On October 24, 2005, the Yiwu Public Security Bureau’s Exit and Entry Administration Authority unveiled the license. Yiwu became the first county-level city in China that can directly handle visas and residence permits for foreigners authorized by the Ministry of Public Security.

· On April 30, 2006, the CPC Zhejiang Provincial Committee and the Provincial Government jointly issued the Notice on Learning and Promoting Yiwu’s Experience, and decided to study and promote Yiwu City to promote the building of a well-to-do society and take the road of scientific development. experience.

· On June 8, 2006, Xi Jinping, then secretary of the Zhejiang Provincial Party Committee, went to Yiwu for investigation. In the symposium held in the meeting room of Hengtang Village Committee, Xi Jinping first expounded the “Yiwu experience” in his eyes.

· On October 22, 2007, the Ministry of Commerce and the Yiwu Municipal Government held a press conference to formally issue the “Yiwu China Small Commodity Index” to the world.

· On October 7, 2008, the Research Group of the China Development Road with the Central Policy Research Office and the Office of the Central Financial Leadership Group issued a research report, Yiwu was included in one of the 18 typical regions for reform and opening up.

· On November 18, 2014, the first railway line “Yi (Ukraine) New (Jiangsu) Europe (Zhouzhou)” was officially opened and operated. In the first batch of cities listed in the “China-EU Class” series, Yiwu was the only county-level city. 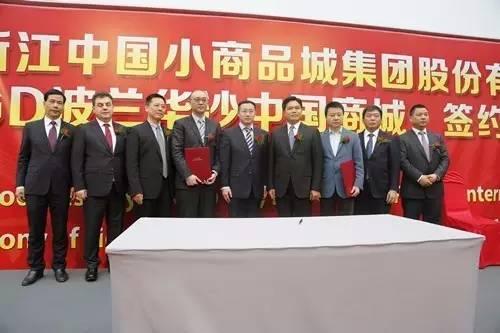 china yiwuhistoryyiwuyiwu futian marketyiwu historyYiwu marketYiwu market developmentyiwu market history
Previous The Advantages of Yiwu Commodity Market
Next Why is the Suitable Chinese manufacturer difficult to find by yourself?